the American Civil Liberties Union (ACLU) of Michigan released a report entitled “Reclaiming Michigan’s Throwaway Kids: Students Trapped in the School-to-Prison Pipeline,” which argues that there is trend among school districts to enforce disciplinary policies and practices that expel students from schools without regard for the long-term impact.  The report defines the “the school-to-prison pipeline” as a statistical correlation between students who are expelled or suspended from school and the likelihood they will be incarcerated as adults. 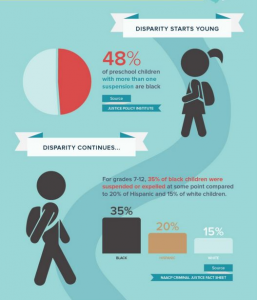 The ACLU argues that race also plays a factor in the findings.  Mark P. Fancher, ACLU of Michigan Racial Justice Project staff attorney and principal author of the report, said “we found that black kids are consistently suspended in numbers that are considerably disproportionate to their representation in the various student populations.”

The study found that one significant contributor in Michigan’s school-to-prison pipeline is a lack of “due process.”  Suspension and expulsion policies and procedures to remove students from Michigan’s public schools vary from district to district.  The ACLU argues that a uniform policy should be adopted for all school districts to follow statewide.

The study also blames Michigan’s zero tolerance expulsion law as contributing to the school-to-prison pipeline.  Michigan law  requires the expulsion of students who possess a “dangerous weapon.”  In many instances, well behaved, unsuspecting students have faced serious consequences for carrying items that do not necessarily reflect this definition.

The ACLU recommends amending Michigan’s expulsion law to conform more strictly to the scope of federal requirements by making only firearm offenses subject to mandatory automatic expulsions. In addition, school administrators should explore alternatives to suspension and expulsion, including restorative practices to correct the problem rather than punish the deed. Other ACLU recommendations address alternative education and offer guidelines on when to involve the criminal justice system with disciplinary matters. 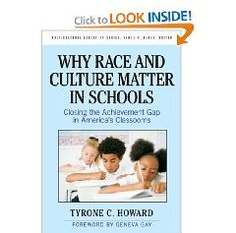 While I am sympathetic to the points made by the ACLU, I think they go too far.  While I understand the notion that students who present discipline problems are entitled to an education, I would also argue that all students have a right to an education.  This education should be free from distraction, harassment and violence caused by other students.  The ACLU’s recommendation that only firearm offenses should be subject to automatic expulsions is absurd.  Under the ACLU’s position, students in school should feel safe from gun violence, but expulsion for a good old fashioned knife fight (ala West Side Story) is going too far.  The simple truth is students who are disruptive and violent should be removed from the classroom to give an opportunity for the rest of the students to have a quality education.  We should not hinder the entire student body’s education because of a few bad apples.